Raw wastewater delivered from the collection system to the treatment plant is first received at the headworks facility. It is called this because it is at the head of the plant. The headworks performs five primary functions:

Some refer to the headworks as a pretreatment facility because no biological treatment occurs. Objects such as cans, pieces of lumber, rags, wipes are taken out of the flow stream by automatic 5 mm step screens, to avoid problems caused if allowed to continue into pumps, piping and process media. Once the screenings are removed from the channels, a vacuum system conveys the screenings to the wash presses where the screenings are washed and compressed before being dumped into a 3-yard dumpster for removal. This process is completed so removed screenings can meet a paint filter test before being sent to the landfill. 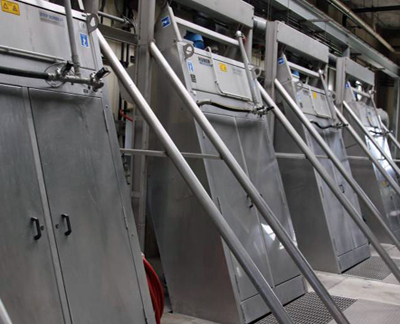 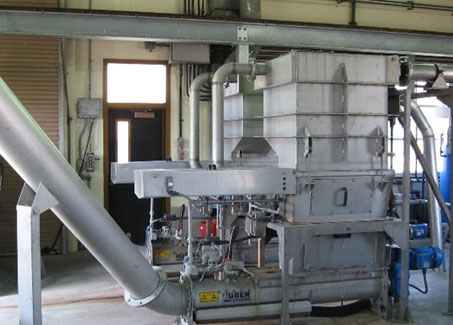 
Grit is defined as heavy inorganic matter such as sand and gravel that doesn't require biological treatment. With the potential to damage pumps and piping grit needs to be removed as early into the process as possible because of its abrasiveness. Also, if grit is not removed it accumulates in the digester tanks, reducing the storage capacity and effective treatment of the organic waste.

The District's headworks has two hydraulic vortex grit removal chambers capable of removing 95% of the grit particles down to 105 microns. The chambers are hydraulically designed to minimize organic capture while hydraulically directing grit into the storage hopper. As the grit is collected in the storage hopper a flooded suction specialized wear resistant centrifugal pump transfers the grit to a grit washer for washing before it is discharged into a dumpster and sent to the landfill for final disposal. 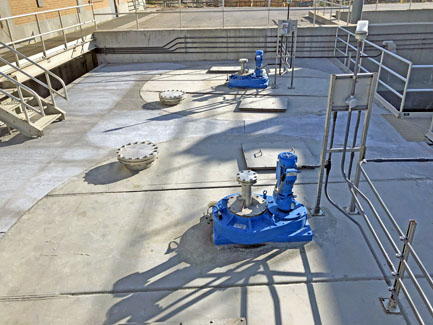 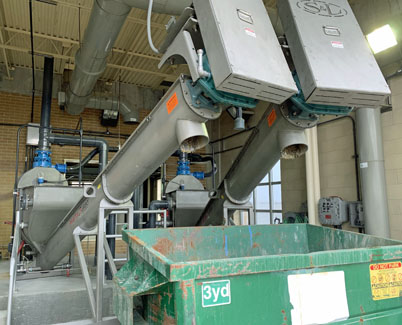 Once larger materials and grit are removed from the influent wastewater, six 250 horsepower industrial pumps force the water on to the next step. Since the influent plant flows are constantly changing with diurnal flows all the pumps are powered by variable frequency drives to provide facility with the most optimum pumping abilities. 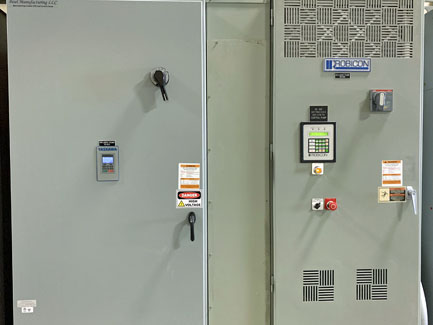