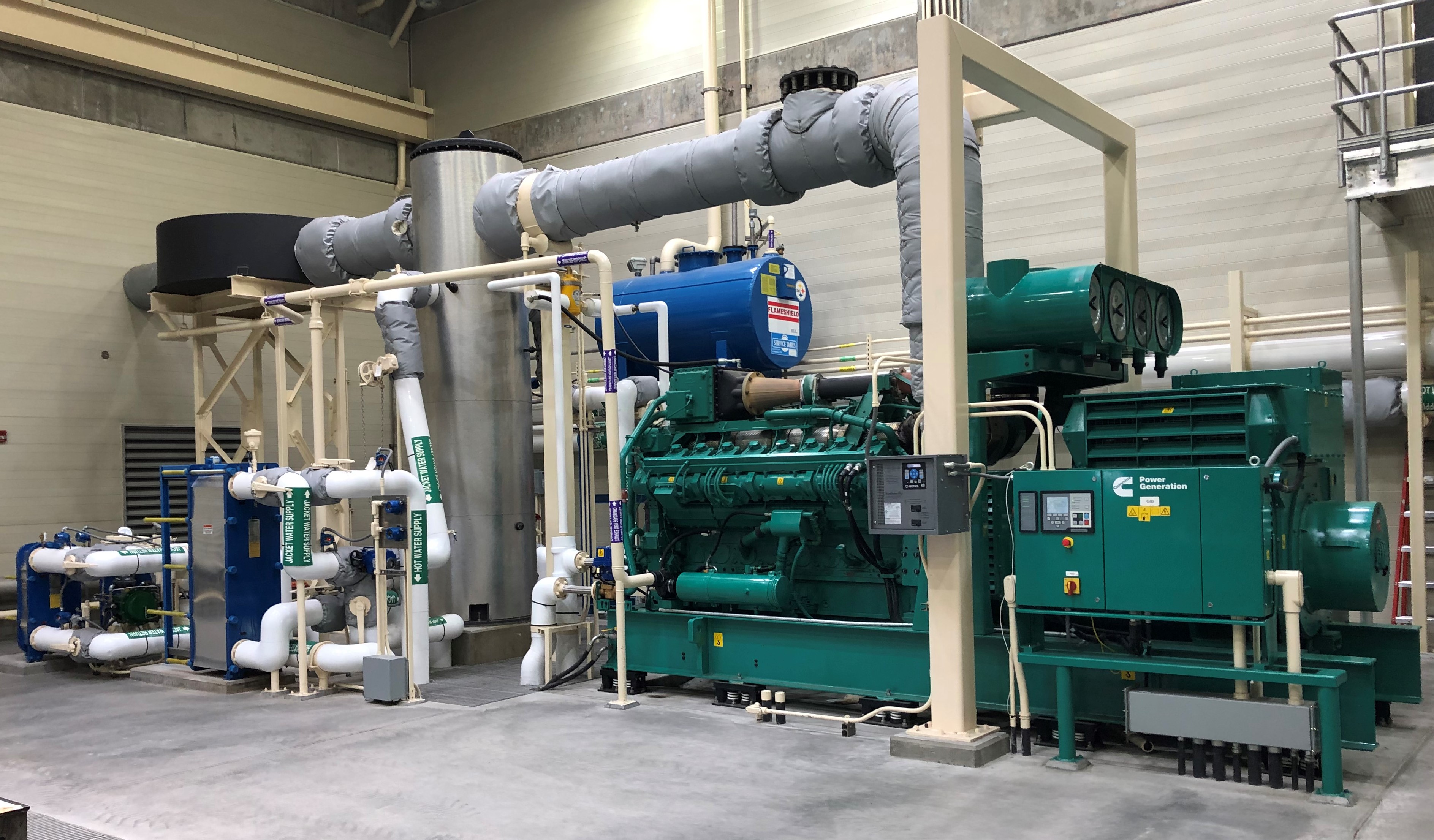 One of the by-products of the treatment plant's anaerobic solids digestion process is methane gas. When burned the methane produces an average BTU content of 600-650 BTUs per standard cubic foot. At current daily solids production rates, the District's digestion process produces approximately 300,000 cubic feet of gas per day. The District's cogeneration facility is designed to harness the energy available in the digester gas and turn it into useable electricity and heat.

The digester gas and supplemental natural gas are used to fuel engine-generators, which produce the electricity and heat. The cogeneration facility consists of one 12-cylinder Waukesha Lean Burn engine-generator capable of 923 kilowatts, and two 16-cylinder Cummins ARES (Advanced Reciprocating Engine System) engine-generators capable of 1100 kilowatts each. On average the cogeneration facility supplies approximately 85% of the treatment facility's electrical requirements in the winter months, and 65% of the requirements during the summer months. In accordance with state design requirements the District also has diesel back up power generation to supplement the cogeneration system in the event of a system wide power outage.

Heat that is created through the combustion process is recovered from the engine's coolant loop as well as the exhaust and utilized to heat the anaerobic digesters and other processes such as primary scum wash and some building heat. The average heat capture is about 3,000,000 BTU's per hour. The District's anaerobic digesters run in the mesophilic mode and must be kept within a 95?F to 100?F temperature range to sustain the biological digestion process. The plant maintains a closed heat loop of about 8000 gallons that allows recovery of all heat from the cogeneration system and the heating of all four digesters. In the event of the cogeneration shutdown there is a back-up dual-fuel boiler to provide essential process heat.

The District's facilities are designed to maximize the use of digester gas and minimize dependency on natural gas to fuel the engine-generator units. However, digester gas production only supplies about 90 percent of the total fuel required by the generators; the remaining 10 percent is supplied by natural gas which is supplementally blended with the digester gas.

An emergency waste gas burner burns excess digester gas not used by the engines. While the goal is to use as much of the digester gas produced as possible wasting gas from time to time via the waste gas burner is unavoidable. By law, the District must burn the excess gas in order to prevent the release of large quantities of unburned methane gas into the atmosphere. Methane gas is one of the greenhouse gases that contributes to global warming. 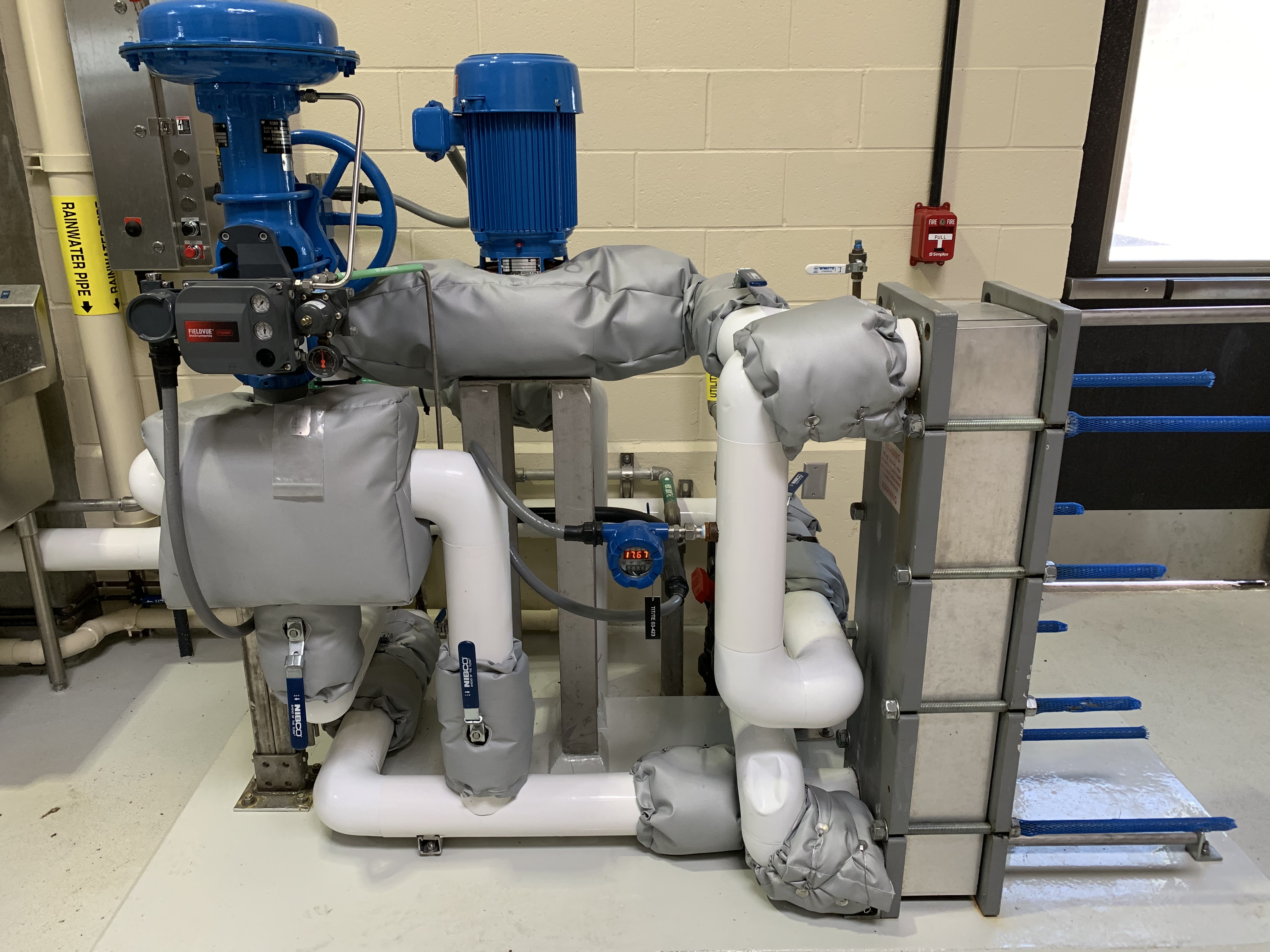