Biotowers and trickling filters are relatively simple treatment units, nothing more than a round tank full of media (rocks or engineered plastic) over which the wastewater is distributed, or “trickled.” The District’s two biotowers are 120 feet in diameter with a plastic media depth of 24 feet. The three trickling filters range in size from 145 feet to 210 feet in diameter with a depth of media from 6 to 8 feet. 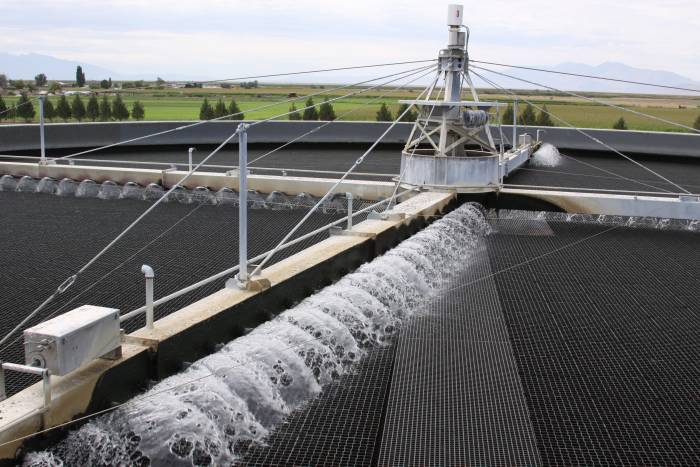 A biological mass is grown on the media, whether plastic or rock, and will contain and support a population of microorganisms to perform the actual treatment in the biotowers and trickling filters. The design of the media gives it characteristics providing ventilation, durability, and surface area. The new plastic media used in the biotowers provides much greater surface area per unit than rock has in the past. It is much lighter and provides better ventilation and water distribution.

The biological mass is called zoogleal film or biomass. The biomass forms as a jelly-like mass or slime layer over the surface of the media. The mass consists of microorganisms or “bugs”, primarily bacteria, that feed on the organic waste products contained in the wastewater. As the liquid passes over the surface of the biomass, the bacteria feed on and digest these wastes, breaking them down into more treatable and less polluting forms of matter. If the media is live the houses where bacteria live and the water being treated is the food that they eat, then the mechanism that distributes the flow over the media would be the food delivery service.

The dissolved oxygen level required is about 2 parts per million and is provided and controlled by an aeration system comprised of blowers and diffusers. Blowers supply air through fine bubble membrane diffusers mounted on the floor of each solids contact basin, similar to the aeration in home fish aquariums. As the air is diffused into the bottom of the basins the mixed liquor is gently mixed to keep the solids from settling and oxygen is added to the wastewater.

There are two basic mechanisms to maintain the desired concentration of solids in the mixed liquor: 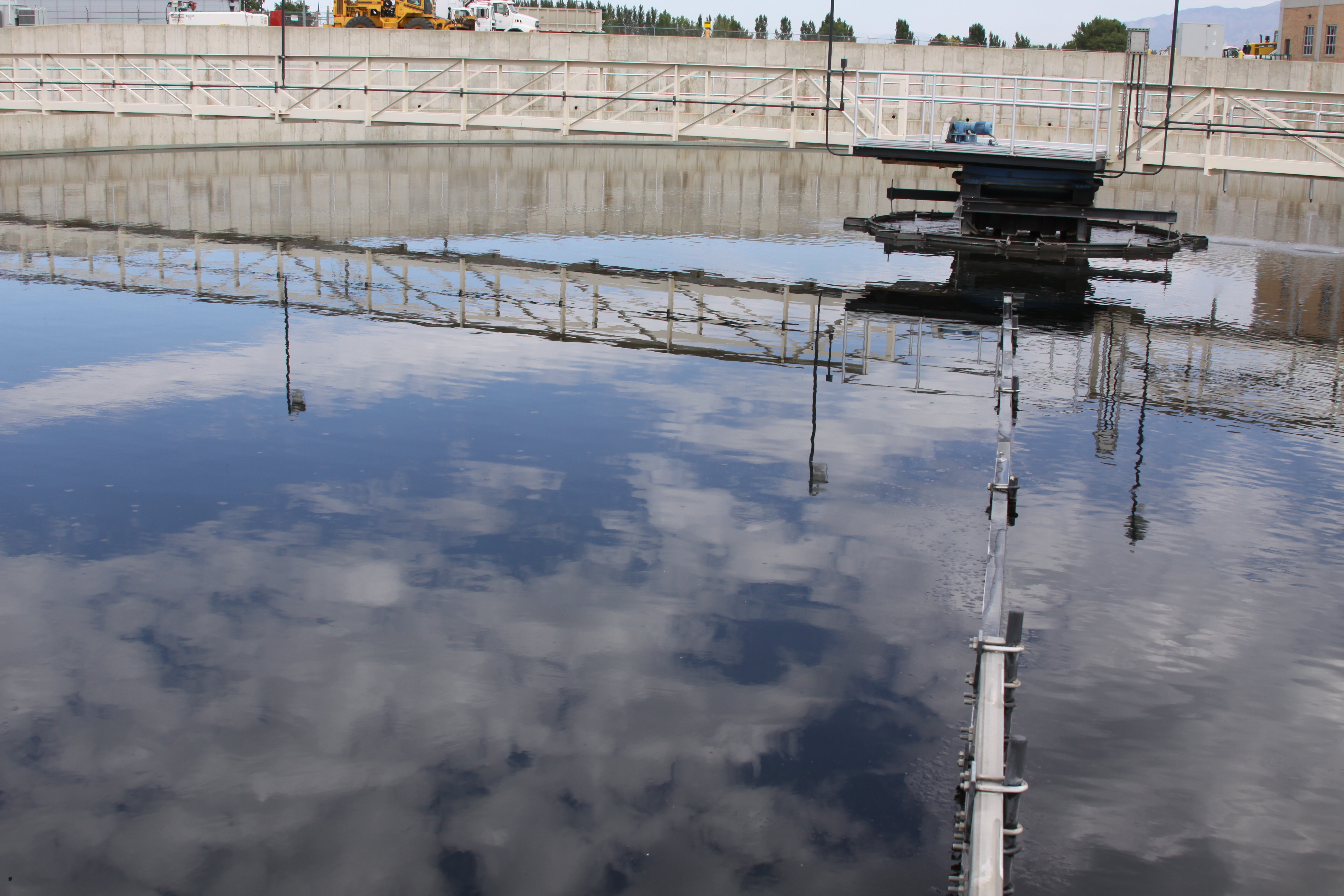 The rotating mechanism of the secondary clarifier differs from the primary clarifier sludge rake system in that it removes sludge by hydraulic suction. Constructed of hollow tubes with inlet orifices on the leading side, the arms connect to the return sludge pumps through a center ring and seal assembly at the bottom of the clarifier. As the pumps draw suction, settled sludge is drawn into the arms and separated by pump back to the inlet side of the solids contact basins or wasted to the gravity belt thickeners.

The primary purpose of the hydraulic suction mechanism is to accommodate rapid sludge removal. Rapid sludge removal is very important in the trickling filter/solids contact process, designed to provide conditions which promote the biological production of polymers to promote flocculation and settling. Formation and preservation of the biopolymer is sensitive to the concentration of dissolved oxygen in the process flow; if dissolved oxygen is too low biopolymer production decreases and becomes ineffective. The longer settled solids remain in the clarifier, the greater the chance of creating low dissolved oxygen conditions which cause low biopolymer production and poor solids settling. 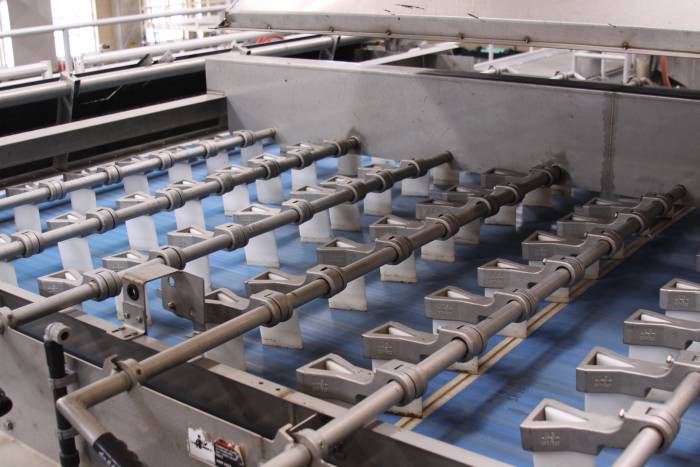 The wasted sludge from the secondary clarifiers is sent to the digesters; to avoid diluting the digesters with less concentrated sludge they need to be thickened using gravity belt thickeners. Secondary sludge is much less concentrated than raw sludge, about 0.25 to 0.5 percent compared to 3.5 to 5.0 percent for raw sludge. The thickening process is accomplished in the dewatering facilty. Gravity belt thickeners operate in the same manner as the first section of belt filter presses.

Mixing secondary sludge and polymer before being fed into the gravity belt thickeners aids in the dewatering process by causing waste solids to flocculate. Then waste sludge evenly distributed onto a porous moving belt allows water to drain through while solids are retained on top. V-shaped plows are positioned on the surface of the belt as it conveys the solids to shift solids and allow liquids to drain as they move through the process. By adjusting the speed of the moving belt and specific dose of polymer, adjusts the sludge thickness produced. Once discharged from the gravity belt thickener solids are pumped to the digesters for treatment.

Continue to Disinfection and Effluent >>